Often yoga postures and the sequence of yoga postures have a deep symbolic meaning.  Sometimes they tell you a story and the aim is to communicate to the deepest part of your being, toward the grossest part, the body.

One, maybe the most well known sequence is the Sun Salutation (Surya Namaskar).

Surya means Sun, Namaskar means to salute, to honour, Surya Namaskar is a “ritual”, where we worship the “Sun”, which is not just the Star that gave life to this planet, but it’s the symbol of vital energy, the inner sun, the energy that allows us to be alive.

The Sun Salutation is done in slightly different ways according to the teaching of different yoga tradition.  The tenets of it remain the same though.

This sequence has 12 positions. 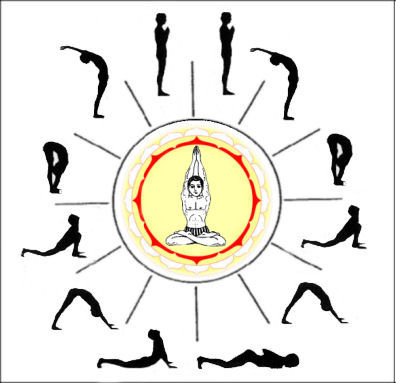 Now let’s consider a Rashi Chart (zodiacal chart), that is a diagram that represents the “path” that the Sun travels along the sky in one year.  As you can see there are 12 zodiacal constellations. 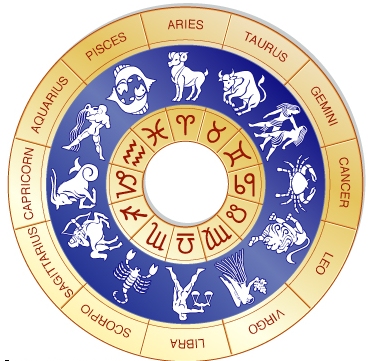 If we compare the 2 charts we have one yoga position that corresponds to one constellation.

If we overlap the two charts so that Aquarius corresponds to the first position in the sequence, we will have the following correspondence: position- zodiacal sign – planet (the planet in Vedic astrology is the “energy-principle” that creates the Sign)

Now comes the most interesting part, if we analyze the following two yoga poses that repeat throughout the Sun Salutations sequence we have: 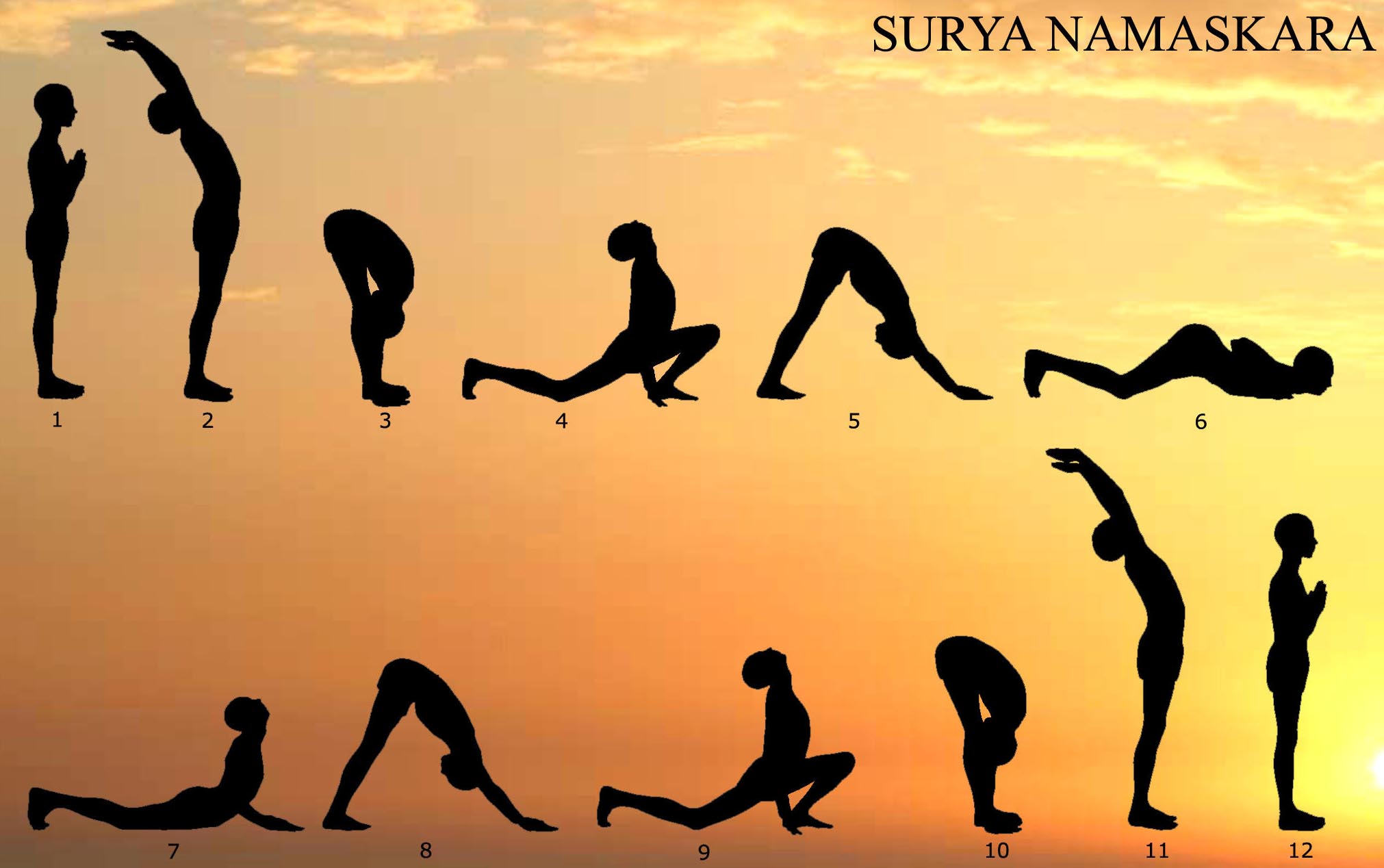 It’s also important to understand the symbolism of Sun (Pingala) and Moon (Ida) in the Hatha Yoga.

Planet and signs according to the Vedic astrology

Each zodiacal constellation (Rashi) has a Lord, a Planet; the signs reflect the meaning of that planet.

Cancer and Leo represent the “orbit” of the Sun (the Sun and Moon are one being, the Moon is the feminine side of the Sun).

Each Planet regulates two signs, to explain this there is an old tale that I once read on a Vedic astrology book (Light on Life):

“At the beginning there were the Sun and Moon, the King and Queen of the heavens. They where ruling the entire sky from the two constellations of Leo (Sun) and Cancer (Moon).

Becoming aware of this reality Mercury (that regulates communication) wanted to ask them for a portion of sky inside the Zodiac.

The Sun, being of a generous nature, gave consent to his request giving him the constellation next to him, Virgo. Mercury, which is well known to be a dual planet, which speaks with a forked tongue, finding it easy to get a portion of the sky from the Sun, waited for the Sun to set, and once the darkness took over  light, he spoke to the moon saying: “Oh Queen of the Sky, the Sun donated me the constellation of Virgo, would you like to give me a donation as well?” The Sun represents the soul and the Moon is the emotional mind, the mind is not self-confident knowing that she just reflects the Light of the soul.

So being unconfident, the mind replicated the action of the soul, so the Moon said to Mercury:” I will give you the constellation next to me”. In this way Mercury got Gemini and Virgo.

Venus (representing desire) saw what Mercury (the thinking mind) did and made the same request to the Sun and Moon and got from them the other two constellations Libra and Taurus. Mars (representing action) seeing what Venus (the desire) did, acted in the same way obtaining Scorpio from the Sun and Aries from the Moon. Jupiter (wisdom) got Sagittarius and Pisces and lastly Saturn (the renouncer) who is the slowest of the planets to get the things done, got Capricorn and Aquarius.

The order described in this short story reflect the distances of the planets from the Sun:

Mercury is the nearest, followed by Venus, Mars, Jupiter and last Saturn.

The same order reflects the evolution of the embodied consciousness who is born from the Soul (Sun) and is experienced first in the emotional mind (Moon).  As objective thought develops, so does the thinking mind (Mercury), then more that the mind thinks the more it desires (Venus), desire leads to action (Mars) in order to fulfil the desire itself.

From action we get the Wisdom (Jupiter) once we understand the good and bad results of every action. When wisdom develops, an inclination towards renunciation (Saturn) is natural and we become satisfied with what Nature gives us.

The same living drama that is acted on the earth is symbolised in the sky.

As above, so below.

The Sun Salutation on a deeper level connects us to this continuous- cyclical- repetitive process where the emotions, thoughts, desires, actions, events and situations continuously flow and we are there to witness this flow, when witnessing the flow we become the Centre, the Sun itself. 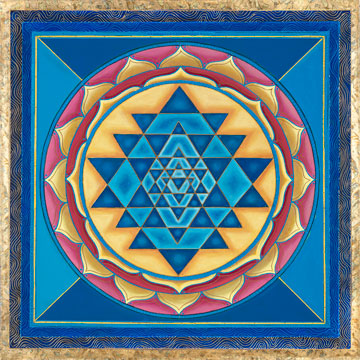